Things To Do In Boston

Boston's Many Attractions Will Keep You Busy 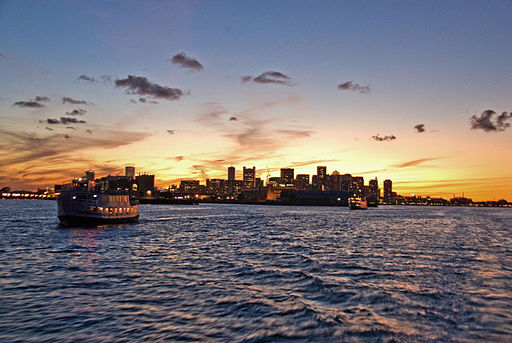 Boston Harbor Islands State and National Park
With a public ferry from Long Wharf, these 34 small islands and peninsulas  are just minutes from the urban bustle. The website is chock-full of information and ideas for how to plan your time. Camping and educational programs are available as well as bird-watching and hiking.
Fun Fact: Martin Scorsese’s film Shutter Island was filmed on Peddocks Island in Boston Harbor.

Boston Duck Boat Tours
With three departure locations in downtown Boston, it’s a quick walk to get on the Ducks. Ducks are World War II-style amphibious landing vehicles that are street-safe and sea-worthy. You’ll cruise past historical sites and landmarks before you take a quick dip in the Charles River. Tours are led by ConDUCKtors who know just about everything about Boston. In recent years, Ducks have participated in Rolling Rallies, welcoming the Boston Red Sox and the New England Patriots home for victory parades.

Black Heritage Trail
This mile and a half path through Beacon Hill features sites that are important in the history of Boston’s Black population. The 54th Regiment memorial to the Civil War’s first Black volunteer regiment is located along the trail, in the Boston Common, as are the African Meeting House and the Abiel Smith School, which houses the Museum of African-American History.

The Boston Common and Boston Public Garden
Founded in 1634, this is the nation’s oldest public park. Once used for grazing animals, mustering the militia, and for public hangings, this open space is now used for all types of outdoor recreation.

Fun Fact: Edgar Allan Poe Square is located just across from the southwest corner of the Commons. Look for the author with his coat blowing out behind him and a raven bursting from his suitcase.

A Secret Shop for Sneakerheads
If you’re not paying attention, you’ll miss it! No signs, no advertising, no kidding! This footwear festival has only recently gotten a website. It’s a nondescript convenience store on an unassuming block of Clearmont. In the window there are stacks of non-perishables and paper goods. Once inside, it’s still nothing special; but when you find that hidden door--Oh, Daddy!--you’ll wish you had more feet!

With so many museums in this old city, visitors would need days, even weeks, to take them all in!

Isabella Stewart Gardner Museum
The Gardner offers not only fine art, but examples of landscape architecture and lectures on the subject. There is a greenhouse, botanical gardens, and a breathtaking courtyard. Learn about the 1990 theft of 13 pieces of art, the largest single property theft in the world. Music and conservation programs round out the Gardner’s offerings.

Museum of Fine Arts
With 500,000 works of art and educational programming for all ages, lectures, performance art, films, music, and studio art classes, this museum has something for everyone. There is a Claude Monet exhibit, one of the largest outside of his native France. Cultural exhibitions include Islamic art, Korean art, American Arts and Crafts, and art from Oceania and Africa.

Museum of Science
A planetarium, 4D films, and live shows augment the multitude of exhibits that draw museum-goers from around the world. Programs include adult-only events, kid-friendly events, and teaching resources for educators of all student populations.

The Harvard Museums of Science and Culture
With rotating exhibits and galleries to appeal to museum-goers of all ages, HMSC is a group of 4 cooperating museums: the Collection of Historical Scientific Instruments, the Harvard Museum of Natural History, which includes the Harvard University Herbaria, the Mineralogical & Geological Museum, and the Museum of Comparative Zoology; the Peabody Museum of Archaeology & Ethnology, and the Harvard Museum of the Ancient Near East.

New England Holocaust Museum
With six 54-foot glass towers, illuminated at night, the vision of architect Stanley Saitowitz reminds us to remember the loss of 6 million innocent lives. Tour guides are available, mostly volunteers and survivors of the Holocaust, to explain the symbolism of the numbers etched into the glass and the meaning behind the recurring number 6. The Museum is located along the Freedom Trail.

The Mary Eddy Baker Library
This is a museum and research library which contains the archives of the founder of Christian Science. The 11-storey building also houses what may be the museum’s main attraction: the Mapparium. The Mapparium is a three-storey, 608-panel glass globe, reached by a 30-foot glass bridge. Once inside the globe, the visitor is standing in the middle of the world as it looked when the globe was made: 1934. See if you can find the countries that now have different names!

The Warren Anatomical Museum
This museum bills itself as “One of the last surviving anatomy and pathology museum collections in the United States.” Established in 1847, one of the museum’s notable holdings is the skull of Phineas Gage, a railroad worker who lived through an industrial accident which should have killed him, but instead changed his personality. In addition to Gage’s skull and the object that nearly killed him, the museum has an array of pathology specimens for study,  anatomical artifacts, medical instruments from past and present and lots of books and documents written by prominent American doctors and researchers.

The New England Aquarium
the aquarium, the 4-storey coral reef is an amazing display of Carribean creatures and the home of Myrtle the Green Turtle. Here, visitors can touch the rays and sharks in the East Coast’s largest touch tanks, Not only is this a world-class aquarium, it’s also a starting point for one of the best Whale Watch cruises on the east coast! The Stellwagen Bank National Marine Sanctuary is a hop, skip, and jump from Boston, and teeming with sea life.

If you feel like a beer, meet up here! The Harpoon Brewery has a cold one for you. Tour of the home of New England’s oldest IPA, sample the goods, and visit the gift shop. Leave the kids home and enjoy the day.

NOTE: Be sure to contact any of the places listed above you might want to visit, before you go, to confirm hours of operation due to the current Coronavirus pandemic.